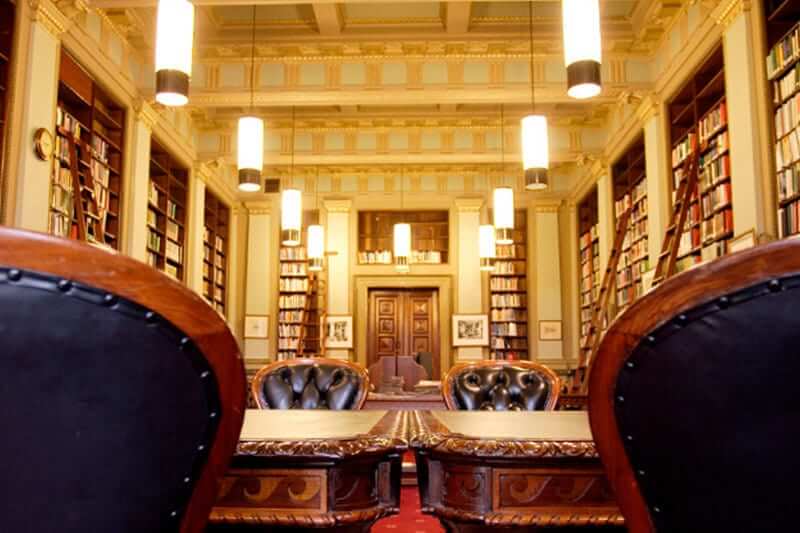 When we held our last lunch following our 2019 Annual General Meeting, we could not have predicted that it would be the last time that we came together for over two years. So much has changed and we have become used to the virtual world, the world of Zoom and facetime, of being in ‘lockdown’ or ‘iso’. Queueing at a café meant waiting your turn, now we know how to Q-code to gain entry. Vax is no longer just the brand name of a household cleaning appliance. We became used to seeing only half of people’s faces and no handshake or kiss on the cheek.

So, it is really good to be here today, having lunch together, able to see faces and having chats about something other than the daily COVID figures.

COVID has changed the world, made us think about different ways of doing things and questioning our priorities. The same has been true of your Association. When we held our 2020 AGM by Zoom it was our first dive into the virtual world and a learning experience for us all. It raised a lot of questions. Did our Constitution provide for it? (It did) Would the Registrar approve? (Yes) Could we assure members a secret ballot if voting was required? (We could and it was) along with a host of other procedural issues. Of course, we thought that it would be a ‘one-off’ but then 2021 with Delta and Omicron and we were back at another virtual AGM, then our planned New Year Lunch had to be cancelled.

We have also had to embrace different ways of doing things. For two years our Executive and Committee meetings have been held on Zoom. There were some positives to this, particularly that our regional and rural based members were able to participate without the trip into Melbourne But there is a different interaction from being together and we have now returned to physical meetings for our Committee while retaining the option, at least for the moment, of attendance by Zoom. Our Executive, however, has determined to continue meeting on Zoom. Baby steps, but it looks as though we are no longer digital troglodytes, and our experience has made us more open to using technology where it can be of benefit to our members.

While the pandemic restricted us in many ways, the Committee has continued to be active and provided the leadership required for our post-COVID recovery. We did not go into hibernation until the sunshine returned but gave a lot of thought to what our priorities should be and how we should pursue them. The Committee confirmed the priorities of the Association as Support and Wellbeing, Representation/Advocacy and Social and these continue to drive us.

Those who were at the 2019 AGM and lunch may recall that I spoke about an exciting research project that we were embarking on and the high expectations that we had for it. Today, you have had the opportunity to hear a first-hand report on the outcome of the ‘Transitioning To Life after Parliament’ project from the Deakin team, Dr Amy Nethery, Dr Zim Naworka and Dr Peter Ferguson. Not here today but also a key member of the team was Professor Matthew Clarke. I hope that you will agree with me that the high expectations that we had two years ago have not only been met but exceeded. We have a report that, when publicly released, will have an interested readership well beyond Victoria.

The Committee can rightly be proud of what it set in motion two years ago.

Of course, it would not have been possible at all without the support of two other groups.

First, the former members of the Victorian Parliament who were prepared to speak openly about their post-parliamentary experiences with the research team. We asked our members to get involved and so many if you did in the survey and face to face interviews. I am told that the 43% response rate to the survey is well above benchmark standard in this field of research. As you read the full report, I am sure that you will be as moved by the experiences of former members as the Committee was.

The second group is the Parliament of Victoria, particularly the Presiding Officers Hon Sean Leane, Hon Nazih Elasmar and Hon Colin Brooks and the Clerk of the Parliament, Andrew Young. Their strong support and involvement extended the scope, opened doors, and added to its credibility.

The main purpose of the project from a VPFMA viewpoint was to give us a better understanding of how our members are affected by their departure from Parliament so that we can strengthen our support and wellbeing activities. Committee has considered the report from this perspective and our response is now also available for you to read.

We have also been active in other ways. Our advocacy and representation role has expanded with the establishment of the Victorian Independent Remuneration Tribunal. While VIRT does not have a role specific to former MPs, its deliberations on salaries and superannuation can affect the entitlements of our members. Consequently, we have made submissions to both its inquiry into parliamentary superannuation and its inquiry into parliamentary salaries. We are now accepted by VIRT as the legitimate voice of former MPs in Victoria. Interestingly, we were approached by them during their last inquiry seeking our approval for them to see the transitioning To Life After parliament research on a confidential basis.

We have also made representations to the ESSS on behalf of members who have raised issues with us, where those issues are such that they could affect all of our members. It should be noted here that our members are covered under a number of different types of superannuation schemes as a result of changes to parliamentary superannuation since the mid-1990s and we try to keep abreast of the issues of each of them.  An issue currently being looked at is the corporatisation of the management of the defined benefit schemes and how an effective point of contact for former MPs will be maintained.

Our major advocacy and representation role is with the Parliament of Victoria with which, I am pleased to report, we have a healthy relationship. There is a myriad of issues that our members ask us to take up with the Parliament ranging form non-sitting day parking and building access to how to pick up car passes. We are able to take up such issues on behalf of our members in a constructive way. Through regular meetings with PoV we are also kept informed about any potential changes that may affect former MPs and have our view considered. We are also cooperating with Parliament on using our contact base to make sure that all former Victorian MPs are notified of such changes.

Our other key priority, that of social activity has been missing during the pandemic. However, we see it as an important part of our role and the Committee will be addressing this at the next meeting and we hope to circulate an agenda shortly after. We do not need to have “major” functions with high attendance, and it may be that we will have a few activities catering to different interests. Coffee mornings may also return … well, in Melbourne, you have to have coffee! We also are keen to have activities that give our regional and rural members a good opportunity to get involved. This could be around timing or location, or a combination of things. At the moment, all I can say is ‘watch this space”!

We are also looking at ways in which we might be able to be a conduit through which our members might be able to set up interest groups or to keep in touch with parliamentary colleagues that may be spread across the State.

Finally, a word on membership. In spite of not being able to come together for two years, our membership has remained remarkably stable. We are currently only a few below our record membership figure and we appreciate that you have stuck with us. I hope that those who are not members will consider joining us.  At our last AGM we also created two new categories of associate membership. We now allow a former member of any Australian Parliament who is residing in Victoria to join, and in recognition of the close relationship that we have with the Parliament of Victoria we now include its former Table Officers to become associate members.

Enjoy lunch. We look forward to seeing everyone more often in the future. 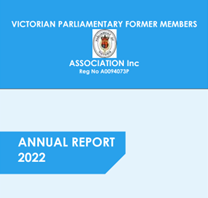