A year ago, holding our AGM by Zoom, we anticipated that it would be a “one-off” and that we would shortly get back to a more normal year of activities. It was not to be, however, and we have completed another year of virtual meetings and limited interaction. We made plans for today’s meeting to be face to face and followed by our annual end of year lunch. Unfortunately, we were a little ambitious and here we are on Zoom again! As I indicated last year our experience with doing things differently was likely to see some things become more permanent and our Executive has determined to continue meeting on Zoom. Our Committee meetings will return to face to face. We were disappointed that our end of year lunch could not happen, but there is good news, we have decided that we will have a New Year lunch on Wednesday, January 19. Details will go out to members shortly. We are hopeful that this will be the beginning of a fuller social agenda in 2022.

We commenced the year with a new secretary and some committee changes. Your Committee has confirmed the priorities of the Association as Support and Wellbeing, Representation and Social. While the social aspect was not to the fore in 2021, our other priorities have continued to be our focus.

We are proud to have initiated the “Transitioning To Life After Parliament” Project which has been our major activity in this area. To have then been enthusiastically partnered by the Parliament, and supported by the CPA, meant that it was taken to a level well beyond that we originally envisaged. Many of you participated in this project by completing the initial survey and perhaps being involved in a follow-up interview. The survey was sent to 217 former parliamentarians (VPFMA), and a smaller number of non-VPFMA members. 93 responses were received, representing a response rate of 43 per cent, which stands well above the accepted benchmark standards in this field. The sample included male and female former members of all ages and parties; some of whom served just one parliamentary term and others who served over several decades; some whose terms ended only recently and others who left the parliament a long time ago. It was almost precisely balanced with voluntary and involuntary departures and around 40% were regional or rural.

Thirty- nine in-depth follow up interviews were conducted. Interviewees were selected to approximate a representative sample, taking account of diversity in terms gender, location of electorate, timing of departure from parliament, and voluntary or involuntary departure from parliament. The data collection was completed mid-year and the Deakin University team set about analysing the data in order to provide us with recommendations. The Executive and Committee has been given confidential access to the report and has worked on a response to it. We are also working closely with the Presiding Officers of the parliament on the way forward and to identify areas on which we can work together. We have also discussed with Deakin the holding of a session prior to our January lunch at which they will provide a full report and question and answer session for our members. The Parliament of Victoria was our partner in this project and arrangements for a formal launch of the completed work are being discussed with the presiding Officers. Our Support and Wellbeing Committee continues to be more than capably led by Andrea Coote and Hugh Delahunty. An initiative that was worked on this year was how we could support a voluntary visitors scheme for former MPs who are now in permanent care. A position paper was prepared for the full Committee’s consideration, and this will be looked at further as the opening up of facilities occurs.

I reported last year that a strong relationship exists between your association and the parliament of Victoria. The Presiding Officers, Hon Colin Brooks and Hon Nazih Elasmar and the Clerk of the parliament, Andrew Young have been accessible to us throughout the year and we have had a number of Zoom meetings. This has resulted in some positive outcomes. We now have a portal on the Parliament’s website which we intend will link to a website of our own. Thanks to John Lenders and Tammy Lobato for their work. We again made a submission to the Presiding Officers for a grant from the Parliament to assist with the support and wellbeing activities of the Association. The request was written with the potential outcomes of the research project in mind and what role the Association might play in response to them.

The Presiding Officers notified the Association that they were pleased to continue to support these activities through a further grant. We continue to pursue with the parliament issues that affect our members. One such is the arrangements around parking on Fridays of sitting weeks. This resulted in agreement that there should be an exercise of discretion on these days. The pandemic also prompted us to look at arrangements such as those for the distribution of parking permits which had largely been done at our AGM and annual lunch. We will continue to see if the Association can play a role in getting them out to members. Our broader representative role will continue. We are now accepted by VIRT as the representative organisation of former MPs and a legitimate voice on their behalf. VIRT is scheduled to hold a review of Parliamentary salaries again this year and we will look at the need to make a submission to ensure that our members interests are not adversely affected by any changes.

As I indicated earlier, we are hopeful of resuming at least some of our social agenda from early in the new year. This will start with the New Year lunch and hopefully continue throughout the year with the return of coffee mornings and visits. I was reminded recently that the Association used to be involved in an annual bowls tournament; it might be that we can again look at expanding some of our social agenda around members interests. In concluding, there are a number of people that I would like to thank. First, On behalf of the Association I would express thanks to the current Presiding Officers, Hon Nazih Elasmar and Hon Colin Brooks, and the Clerk of the Parliament Mr Andrew Young for their support of the positive relationship we have with the parliament. The members of the 2021 Committee have been diligent in carrying out their role on behalf of members and I thank them all for their input to the Association’s deliberations throughout the year. One member deserves a special mention. John Pandazopoulos has decided not to seek re-election after a long and valuable contribution to the Committee. John is now chair of Parks Victoria, a role that keeps him very busy. I thank John for his contribution and look forward to seeing him at some of our functions. Our support and Wellbeing sub-Committee has been well led by Andrea Coote with the strong support of Hugh Delahunty. Members can be assured that whenever there are issues involving their welfare Andrea and Hugh will be there making sure that proper attention is paid to them.

At the last AGM John Lenders was elected Secretary to follow Andrew Brideson. A tough act to follow. John has tackled the role enthusiastically and as meticulously as Andrew. Similarly, the other Executive members, Barry Steggall, and Neil Lucas have devoted tremendous time, energy and enthusiasm to their duties. Thank you.

Finally, can I thank all of our members. There is no Association without you and the contributions that you make to it. I am looking forward to seeing you all again as our social gatherings resume. 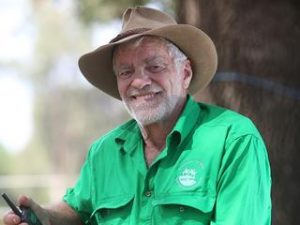 Order of Australia Honours:- The VPFMA congratulates Graeme Stoney AM on the recognition of his public achievements in the Australia Day Honours List MEMBER (AM) 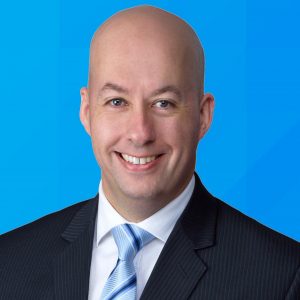 Our Committee is thankful for the contribution made to the VPFMA by retiring committee member David Kosh. We welcome new Committee Member, Gordon Rich-Phillips (pictured) 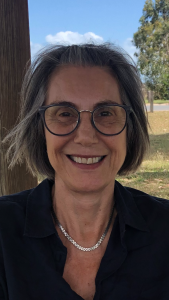 At our AGM held recently, the VPFMA acknowledged and thanked retiring Committee Member Candy Broad who has been a long term contributor to the development